British folk and roots duo, Honey & the Bear, combine delicately interweaving vocal harmonies with emotive and evocative songwriting. With a diverse range of sounds and textures, and rhythms that flow from the fast and furious to gentle ballads, their live performances are spirited and dynamic. Conjuring stories in song, they tell tales of Suffolk folklore, courage, passion and heartbreak. The multi instrumentalist pair, comprised of songwriters Jon Hart (guitar, bass, bazouki) and Lucy Hart (guitar, ukulele, bass, banjo, mandolin & percussion), have been writing and performing together since early 2014, having met at a songwriting event two years previous. Since then, they have played at many revered venues and festivals across the UK as well as travelled across the channel for their first European tour. 2019 sees the release of their first full studio album ‘Made In The Aker’ with a UK tour to follow in October.

Since then, they have played many venues across East Anglia as well as travelling to Germany for their first European tour. Together they have played an array of fantastic UK festivals including Ely Folk, FolkEast and Maverick.

2016 saw the release of their debut EP ‘About Time’, which received airplay on BBC Radio Suffolk, as well as Cambridge Radio & Norfolk Radio.

Born and raised in Suffolk, Lucy learned violin and drums at school, sung in the Suffolk Jubilee choir and started songwriting at age 15. She taught herself guitar whilst at university in Canterbury, and began performing her creations not long afterwards. At 27, she released her debut band album ’Step Right On’, songs from which you now hear her perform with Jon.

Jon, a Yorkshire boy, raised in Cambridgeshire, Norfolk and Suffolk, has been performing his own songs since his teens. A self taught guitarist, his love of driving guitar riffs is a core aspect of his song writing process. He has released three band albums, the latest of which was entitled ‘Level with me’, featuring ‘wristburner’ which is a gig favourite.

The amalgamation of both their unique musical styles makes for a dynamic and ever-changing live performance. 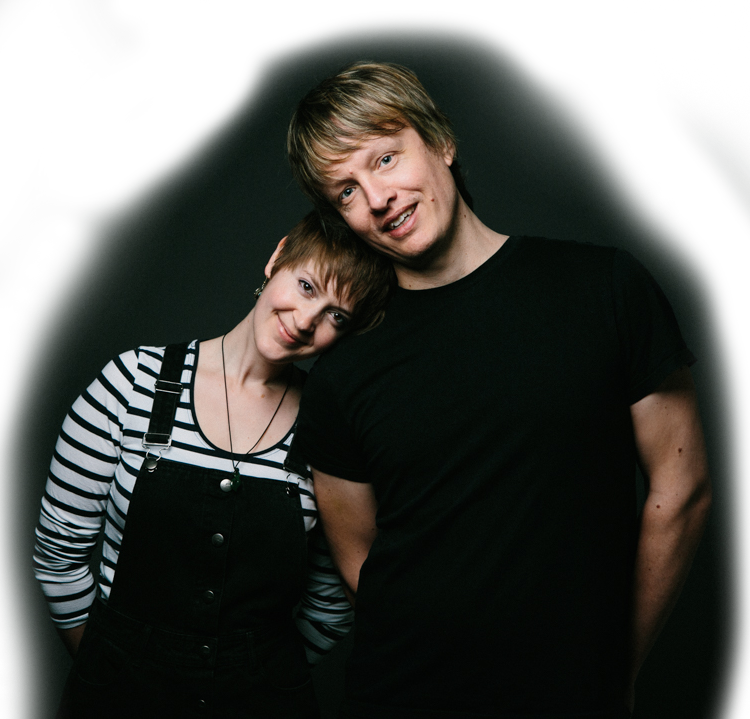 “Dexterously played with beautifully crafted arrangements around a perfect pairing of voices delivering personal fine songs this is a stunning album.”

“You may not have encountered them before, but to paraphrase a quote from another bear and honey partnership, any day spent with them could be your favourite day.”

“Contemporary and catchy but always with a sense of tradition, these eleven songs represent almost an hour’s satisfying, intriguing and enjoyable listening.”

“Musically sound, Made In The Aker is a valiant first album that successfully captures Honey And The Bear’s passionate live performance style and will, I am sure, please many..”

“It is their combined vocals, however, that make the album what it is and what it is is a very accomplished debut.”

“The album sounds great. Jon and Lucy’s excellent voices and guitars are supported by some of Sam Kelly’s Lost Boys … It’s very atmospheric and generally quite delicate, but there’s the occasional thrash…”

“These songs – all written by the pair – quickly get into your head. Their voices blend well together and there’s a high standard of musicianship, with their playing complemented by members of Sam Kelly’s Lost Boys.”

“The album is wonderfully produced … a possible BBC Radio 2 Folk Award winner in the making?”

“The songs on this EP are just so comforting and full of hope and love….these two don’t preach, they write about love and both radiate love so authentically on stage like I have not often experienced before. Everyone feels wrapped in by their music and their lyrics, just like they sing in “Ocean”: “And in the dark I’ll find you, wrap my arms around you. When you think hope is lost I’ll let my love surround you.” Just gorgeous. I don’t hear many lines on love that speak to me – these lines do.”

“Beautiful harmonies and charisma from both aside, they were very obviously enjoying each other’s company which enhanced the atmosphere of the evening … Jon and Lucy spoke, played and sang with ease making it all look effortless …Their lyrics were significant without being contrived, and were enhanced by their storytelling and communication with the audience in between numbers.”

If you are interested in booking Honey & The Bear to play at your festival, special event or venue, please contact them at the following email address honeyandthebearpromotions@gmail.com

Any cookies that may not be particularly necessary for the website to function and is used specifically to collect user personal data via analytics, ads, other embedded contents are termed as non-necessary cookies. It is mandatory to procure user consent prior to running these cookies on your website.